A test render of the Khoensaeger orbital shipyard, Colleda.  Eventually to be used in a 2-3 minute video introduction to the Bastards of Foreven line.  It should coincide with the release of Book 0: Stories from the Frontier, hopefully in the next few weeks.  Book 0 is in the writing stage currently; I've covered the brief history of Foreven, I'm about half way through the major players, and I still need a sample world, some sample ships (mostly all modeled and textured, just need to finish deckplans and writeups), and an introductory adventure (outlined).  This model is just a rough at the moment.  Also pictured are a 200 ton Skipjack class shuttle and a 1000 ton jump carrier exiting the shipyard at the top.  I have to say, I'm having a blast working on all of this - it's been a few years since I've built up this much info from scratch. 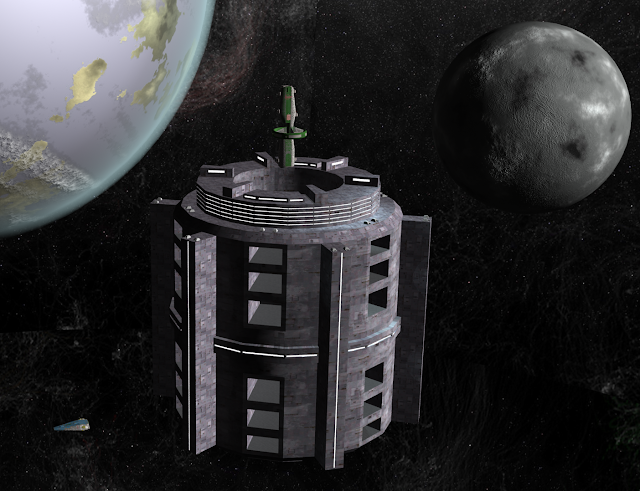 Posted by DSL Ironworks at 9:58 PM

Support my work on Patreon!